At the end of 2008 the room that housed the original Burton Crumpnold became part of an extension on our house, and for a while would have no roof.
..In addition I had become very dissatisfied with the quality of the track running, it was after all my first ‘proper’ layout, and many mistakes were made.
The layout ‘Looked’ OK but trains have a habit of derailing at the rear (and difficult to access) area’s of the track.

So.. the decision was made to ‘decommission’ the layout.

But all would not be lost as the Upper Station board could be reused to become part of a new ‘End to End’ style layout.

A schematic of the original Burton Crumpnold ‘Upper Station’ board that was reused.

And a photo of the station aria on the board 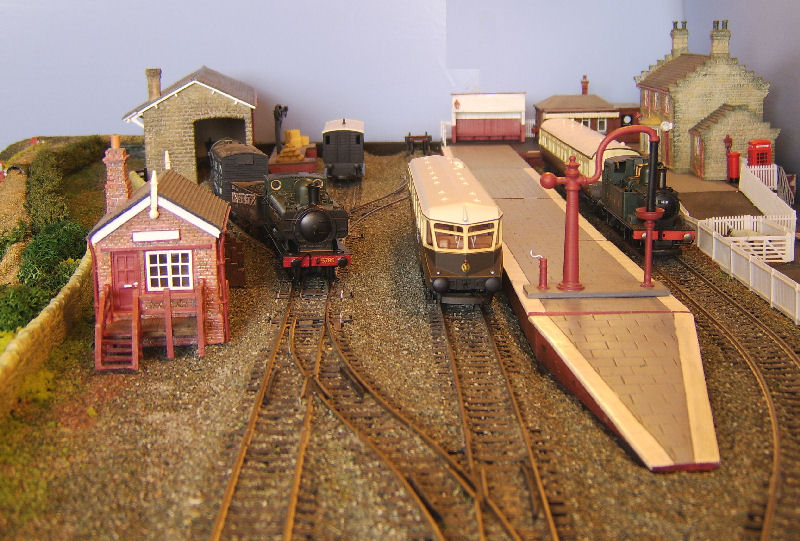 In addition to the station there is a small ‘scenery section that gives the new layout a small ‘scenic break’ as can be seen below. 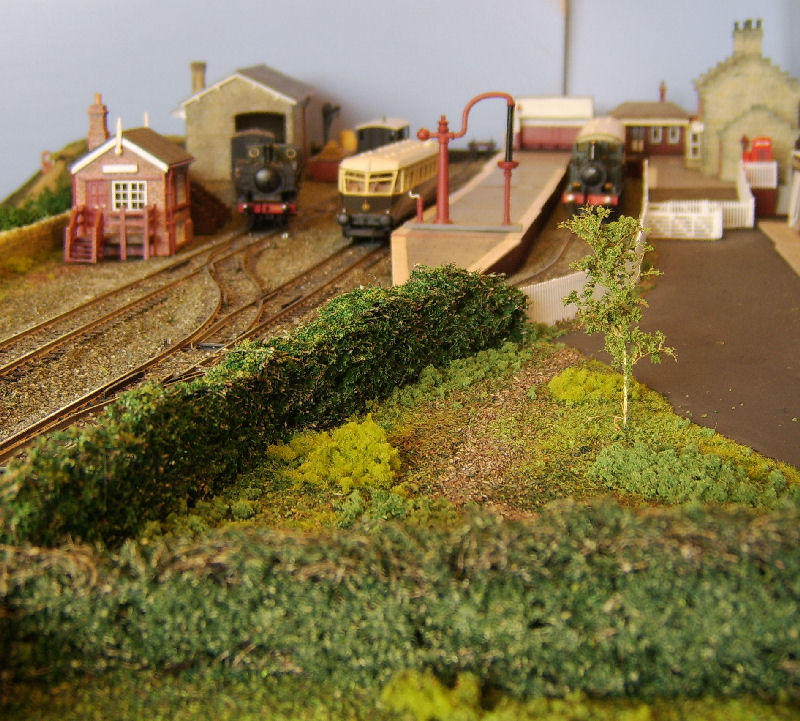 The plan for Burton Phoenix – a new ‘Fiddle Yard’.

To me the obvious solution was to add a simple ‘Fiddle Yard’ board to the existing ‘Station, and scenery/ centre boards as shown below.

The fiddle yard board was built using 2×1 timber with the usual plywood and cork top.
The space at the front of the fiddle yard was to give some scenery space to ‘hide’ the fiddle yard.
I used new (left over) ‘Hornby’ track and ‘recycled’ point motors from the original Burton Crumnold. 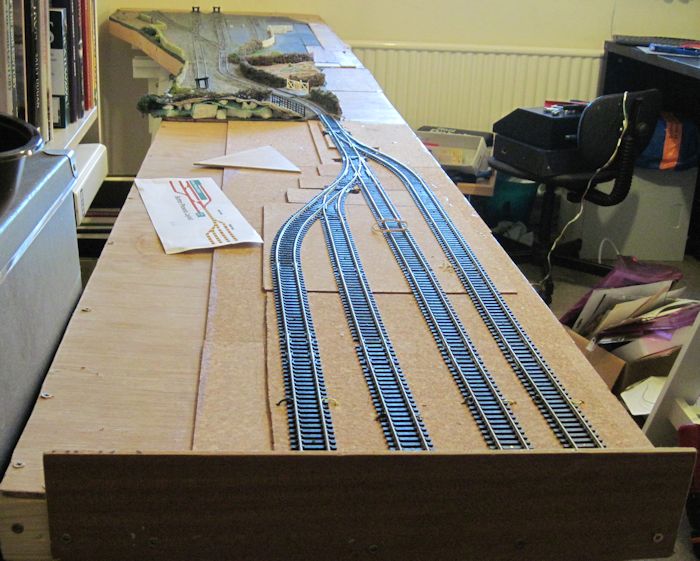 I now need a way to control Burton Phoenix…
.. The existing Upper Station boards power and points were already wired up with it’s own 25 way connector.
I left all this in place and added a new 25 way connector at the ‘Fiddle Yard’ end. Now I needed a new control box..

I decided to use my limited woodworking skills, and spare timber/mdf to make my own control box.
.. As for the original Burton Phoenix I used a laminated ‘Mimic’ diagram using (again) left over/recycled switches. 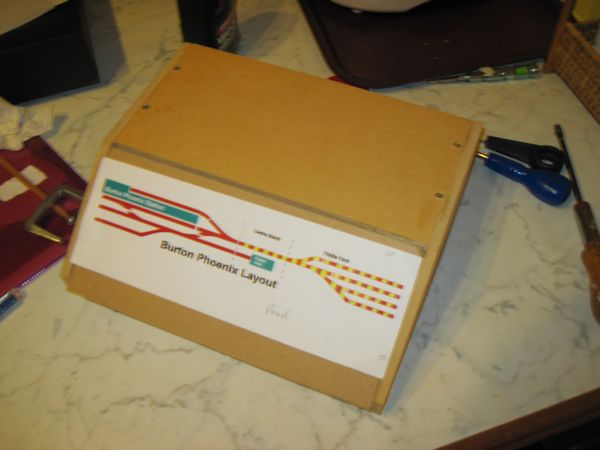 As can be seen in the above diagram I also added ‘feature’ from the original Burton Crumpnold where the Fiddle Yard board and scenery area could be powered from a separate controller. This is the inside ‘scary’ view

The two 25 way connectors are for the 2 boards, the small connector to the left attached to the GaugeMaster controller. 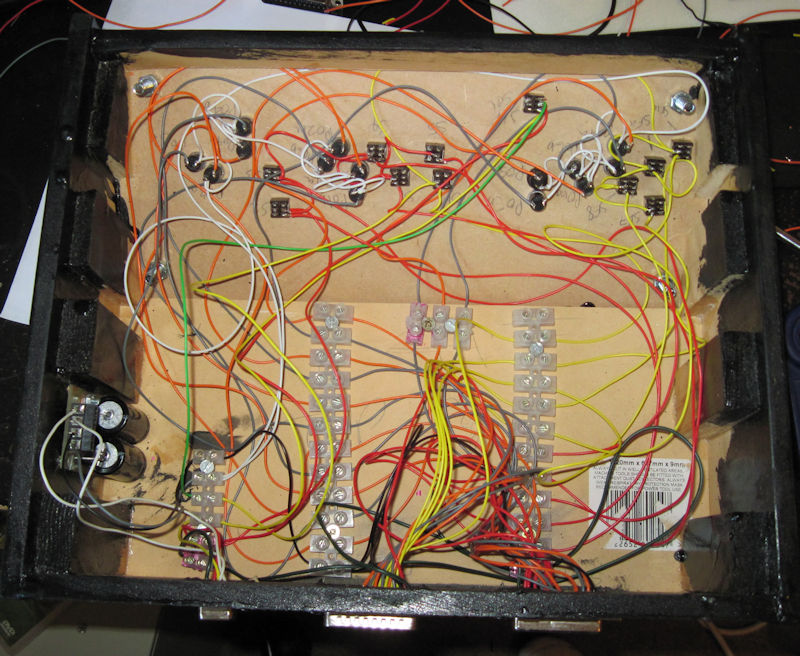 The fiddle yard was ‘hidden from view’ by using a ‘Hill’ feature.
…This was built using the same ‘polystyrene off cuts, ‘J’ cloths and PVA glue approach used for the original Burton Crumpnold. 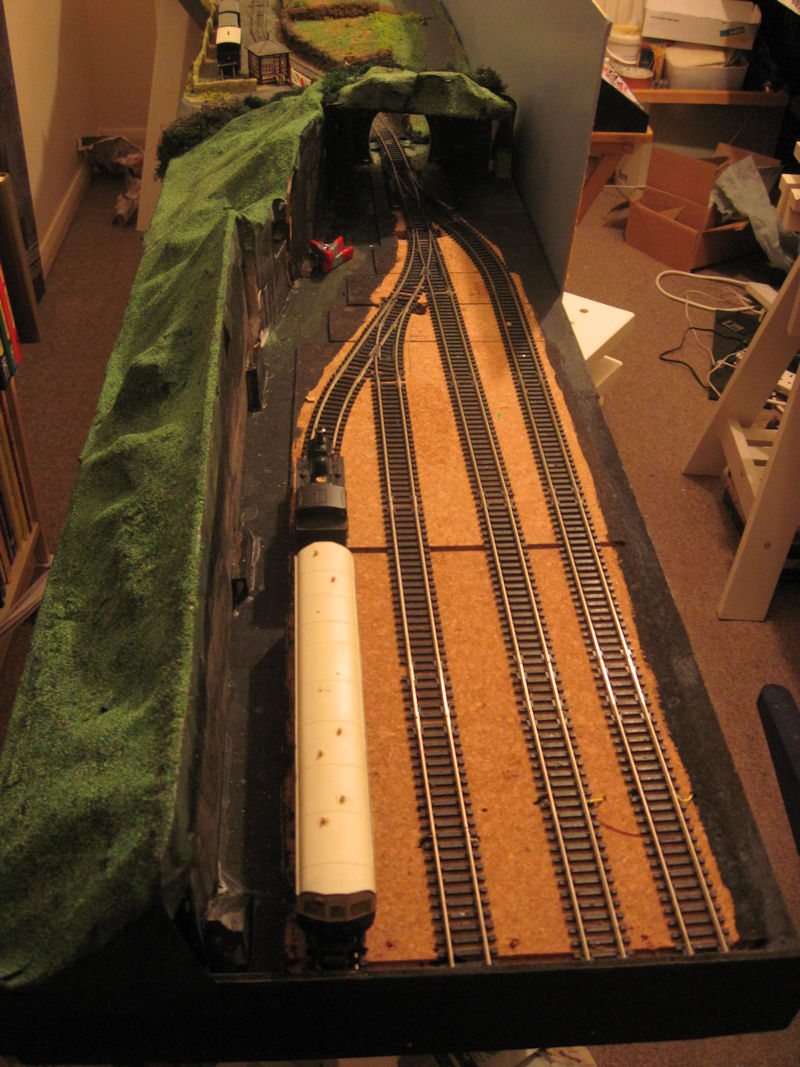 The ‘entrance’ of the fiddle board is a tunnel at the end of the existing boards.
.. Still a of tidying up required to hide the gaps. 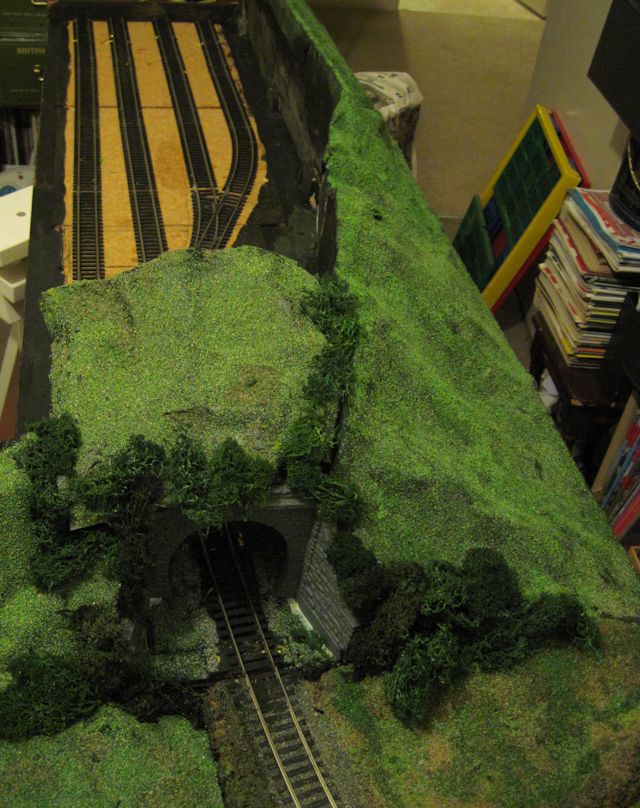 Here is a photograph of the ‘Complete’ Burton Crumpnold.

The additional space at the back of the existing boards was turned into a ‘road’ with verges to connect to the existing level crossing as shown in the photograph below. 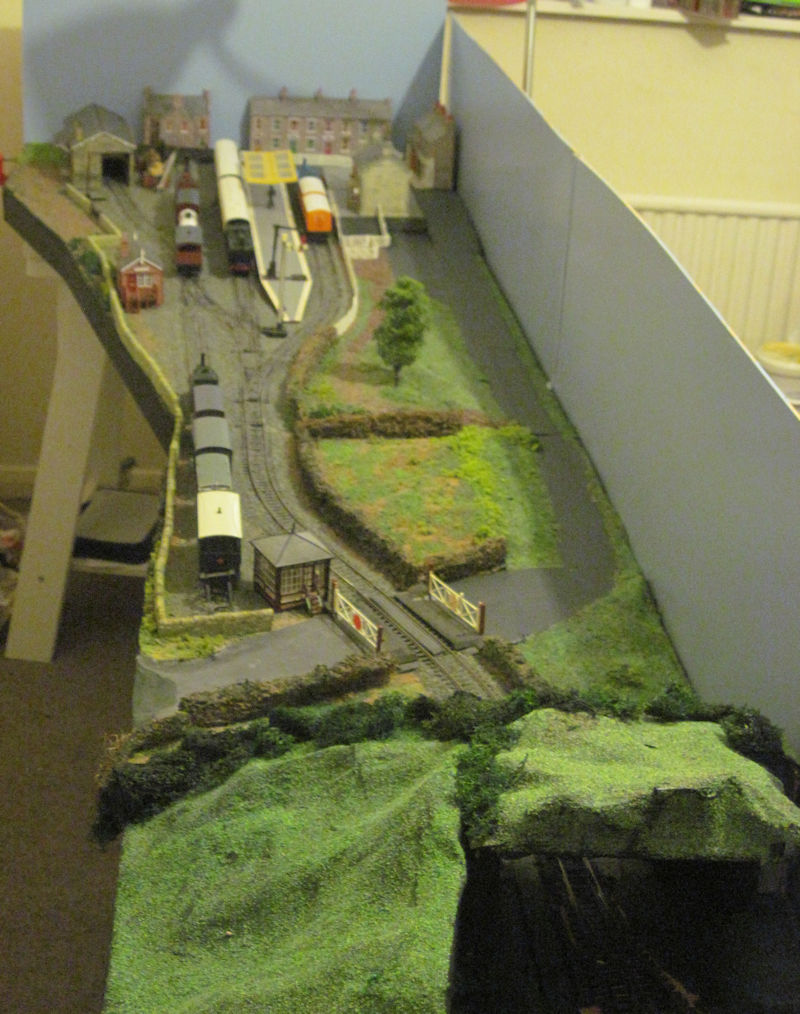 Here are a few photographs of ‘life’ on the completed Burton Phoenix layout. 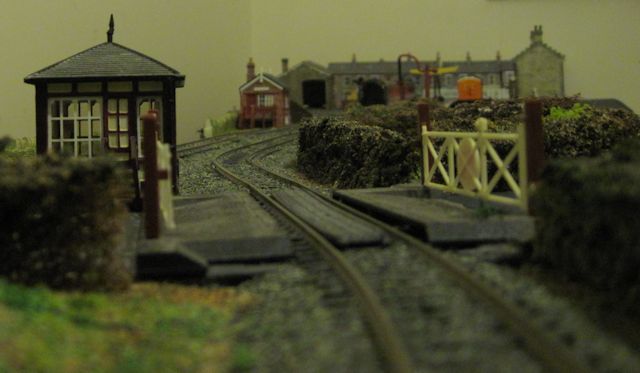 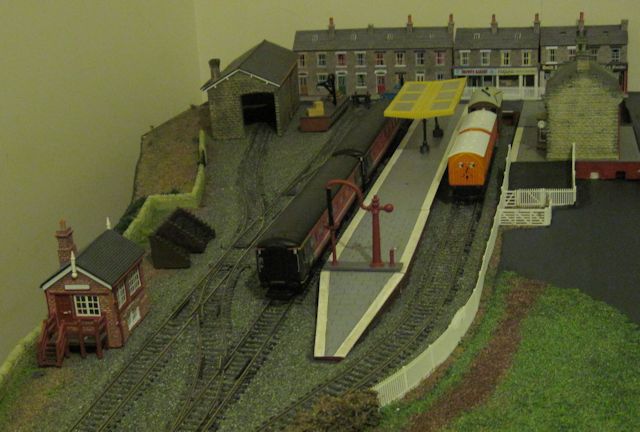 .. Go to all change at Burton Phoenix – conversion into an ‘L’ shaped layout.