22/11/2009
The extension has been built and normal life is resuming in our household.

Whilst I was packing up Burton Crumpnold I had an idea for another project to run alongside Burton Phoenix with no space for a large ‘OO’ layout for a year or two.

It is a small( 4ft 6ins x 2ft 6ins) GWR ‘N’ Gauge layout ‘Stowey Green’, this is a fictitious location in Somerset, close to the Somerset & Dorset line which would allow the occasional LMS ‘ visitor’…

Here is the initial ‘sketch design’ of the layout. 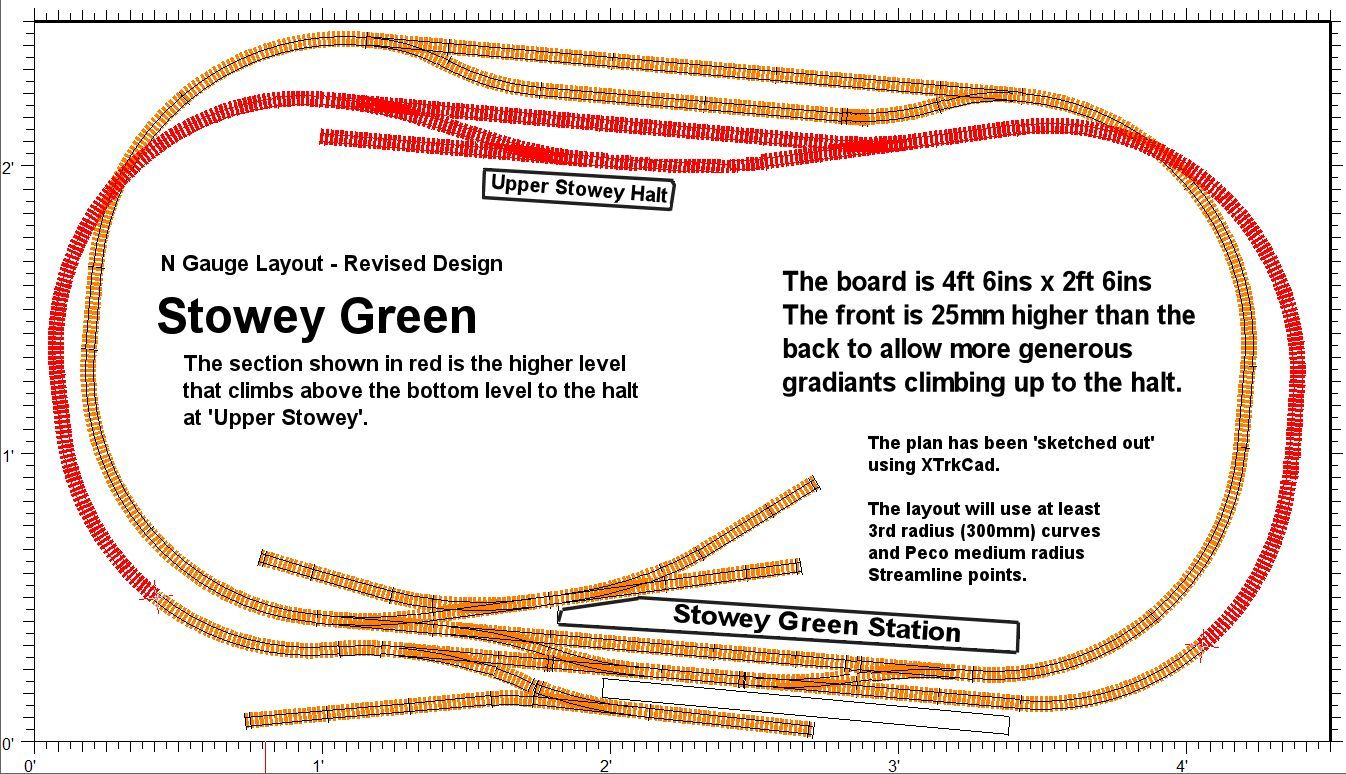 It is a twin loop design with a low level oval and a second oval that climbs to a small upper station and then descends back to the lower one. In order to keep the gradients reasonable the baseboard has been built so it is 30mm higher at the front than at the back.

The baseboard was been build from the usual 2x1inch timber with a plywood top. The top has been covered with cork to help deaden the sound.