29/01/2018
The new house has needed a LOT of work .. so after 4 long years I have been able to properly unpack some Model Railway(s) that have been living in boxes for the past 4 years. I even have a room ‘Just’ for the model railways. In our last house I had to ‘Borrow’ a lot of the dining room.

I had been spending some time keeping the old website at least a bit up to date… But that is not the same as having a Real layout.

During my ‘setting’ up I realised that I had made a further purchase during the ‘fallow years’ – I took advantage of a special offer to pick up a AC Cars Rail bus to join the Park Royal one.
It was not a random choice – The Park Royal Rail-bus ran on Midland Rails and the AC Cars one ran on Western Region. Midland and Western traffic being a common theme of the Burton layouts.
. 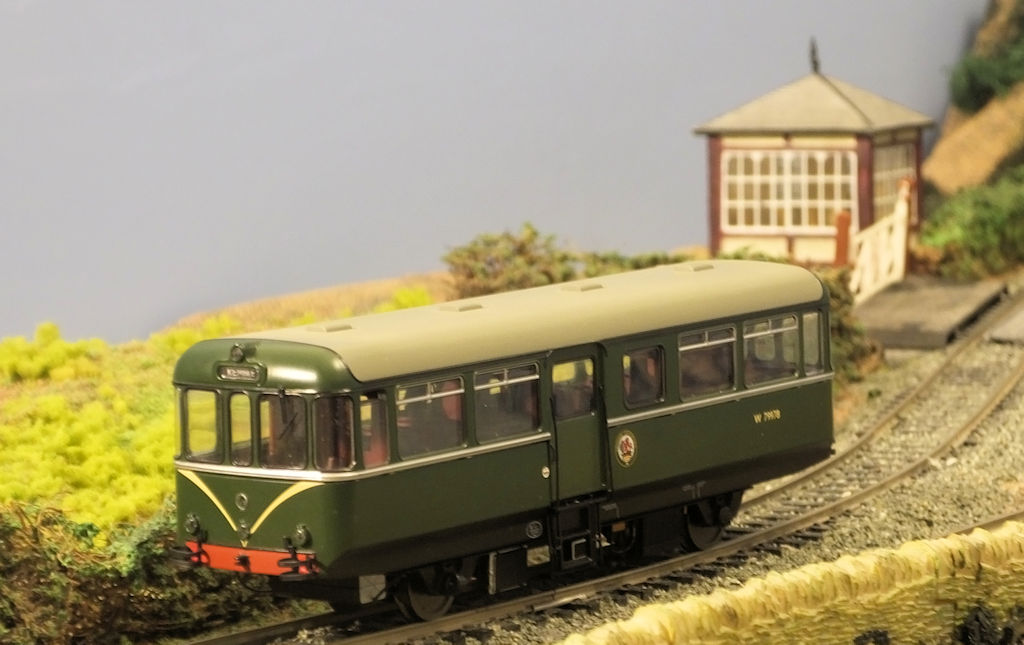 11/02/2019
Burton Crumpnold All Packed away again…
As predicted everything is all packed away and buried behind furniture as we work on other rooms in the house… SO I’m, having to contact myself Playing Train Sim and Train Sim World…. With a bit of luck things will improve in the next few months..

27/05/2019
… After a few delays the house redevelopment is now complete.
A major upside is that I been able to ‘negotiate’ a bigger home for the existing and new Burton Crumpnold layouts.

And Burton Phoenix is now out again and ‘Almost’ Up and Running….
.. I am also in the process of extending the layout by adding a corner section to turn the end-to-end into an ‘L’ shaped layout which is easier to demonstrate.

13/07/2019
Work Continues on Burton Phoenix.. The new corner board has been wired up and a ‘Test Train’ has been run to ensure all is well before more scenery work is done.

05/09/2019
The Curve section at Burton Phoenix is coming on well.
.. And I have actually have new acquisitions after a visit to a local Model Railway Show.

.. Including the long awaited Hornby Super Sprinter in the rather fetching RAF 100 livery.

Plus a true bargain from the model railway show – a Scaledale windmill – This is going to be a great scenic feature on the new ‘Corner’ board.

As Shown here.. I now need to make the river more realistic…