.. Just goes to show that you can never test the track enough…
I discovered that the track in the inner sidings had created what is known as a ‘dog leg’ on the flexible track just after the point.. Which caused some of my locomotives to gaily throw themselves off the track..

So I decided the best course of action was to pull this section of track up and try again…
…. with a bit of steam.. and reasonable care I managed to get the track off. 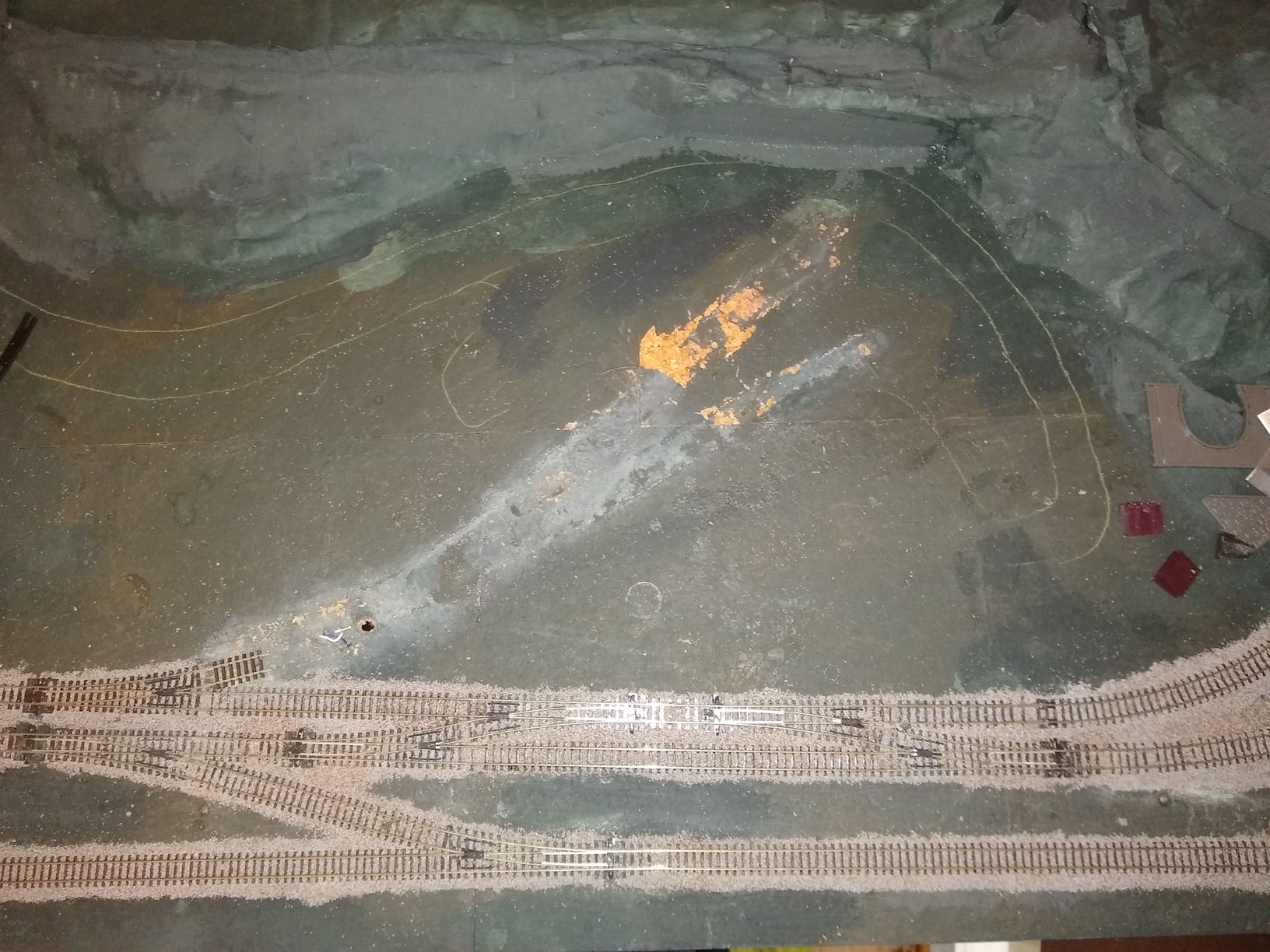 Fortunately this section of track only had one power connection and a single point to contend with.

So here is the inner section with the re-laid track. 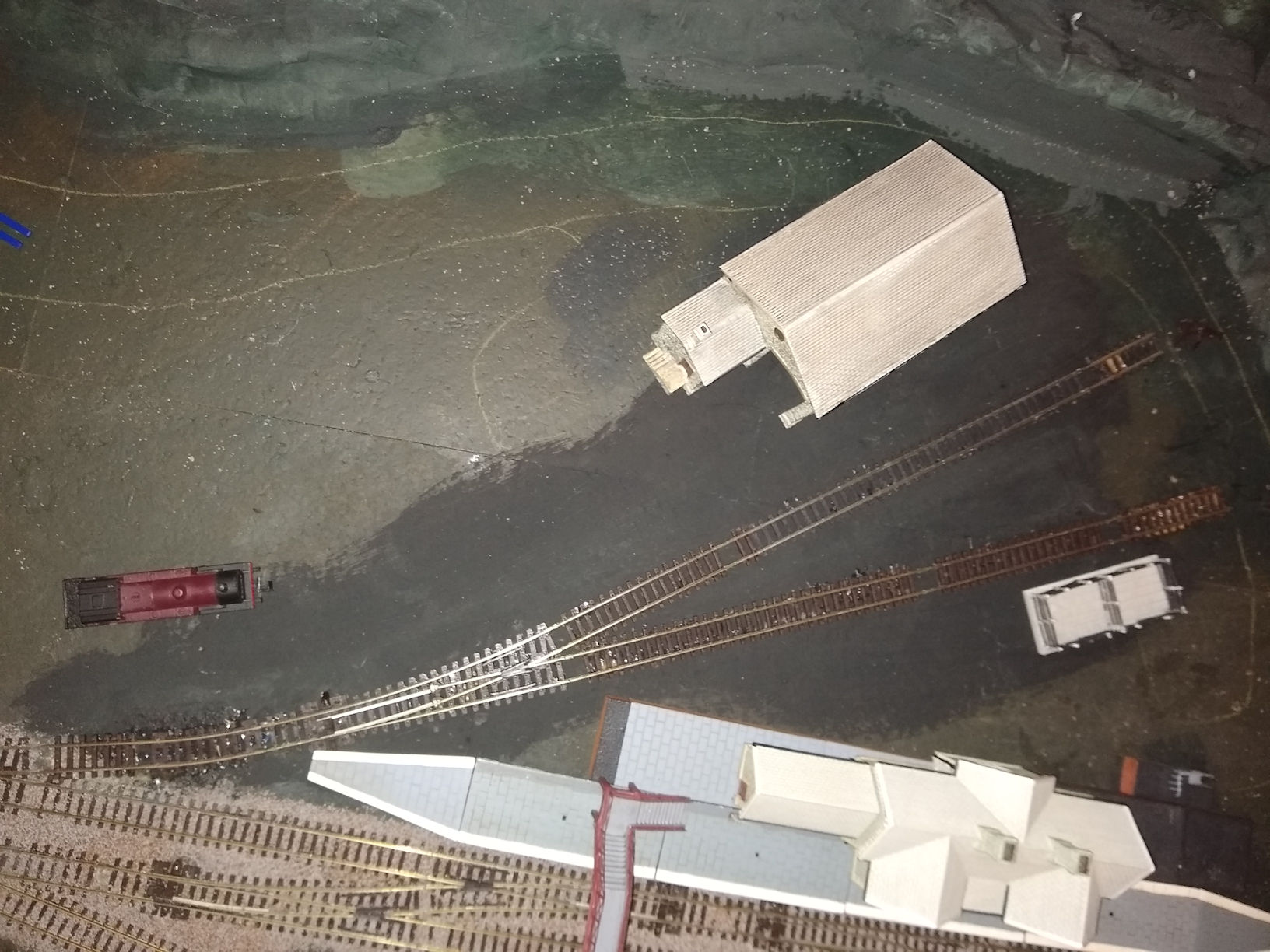 .. In order to be sure of a proper curve this time I used a 2nd radius half curve of track..

After reconnecting the power and refitting the point (and LOTS of testing) the the track was ballasted (again).. 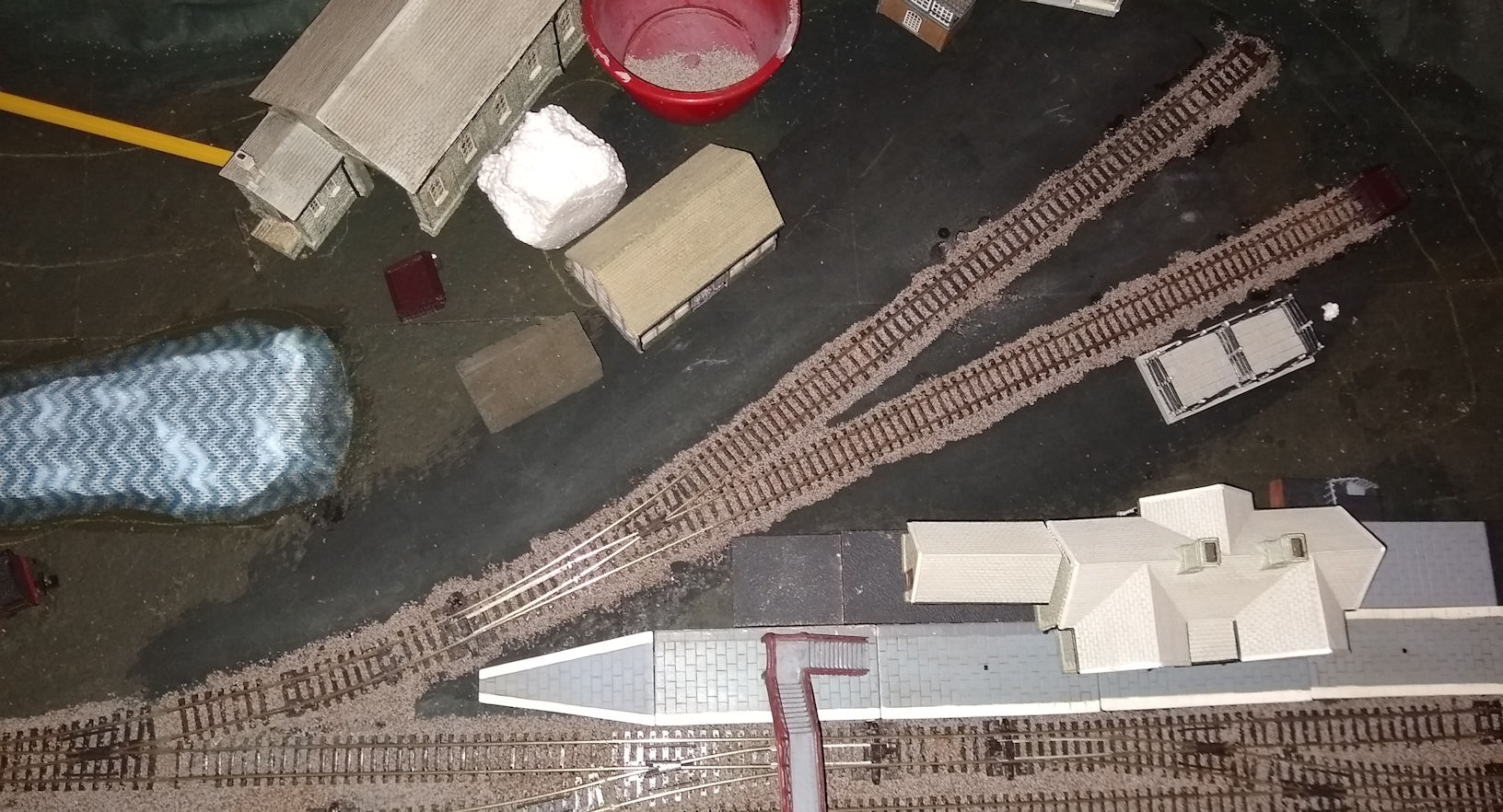 While I was doing the ballasting I also added a bit more ‘scenery’ as can be seen with the glued down J-Cloth over a few pieces of polystyrene.
I have added a few areas of undulating ground to try and stop everything looking flat..